Daniel and I were honored to be invited on to the 40th episode of the Crystal Clear Watchmaking podcast to discuss SNGLRTY – The Patented Single-Hand Watch. Luc Robitaille took us on a broad discussion on watches, microbrands, crowdfunding, and SNGLRTY, to name but a few of the subjects we covered.

This is nothing to be surprised at, as Crystal Clear Watchmaking is not afraid to take on some prickly subjects in watchmaking. Luc and his cohost Jay discuss watches, brands, gears, springs, and oils – all things watches and watchmaking! If you’d like to learn about watches inside and out, this is the podcast for you! This was a conversation that Daniel and I thoroughly enjoyed.

Here is Part One of the conversation, edited to make it easier to read.  If you would like to listen to the whole podcast, you can listen below or find it on your favorite podcast provider.

Welcome to the 40th episode of the Crystal Clear Watchmaking podcast. I’m your host, Luc, and I am here today with two very special guests. Would you like to introduce yourself?

My name is Steve Mansfield; I am one of the co-founders of SNGLRTY watch. Hi

Hi! This is Daniel Blunschi out of Switzerland. I am the second co-founder of SNGLRTY watch.

Now, these guys got in contact with me on Instagram. Everyone can get in touch with me there. And I have to say, you guys are the first people to make me laugh with your first message to me. You wrote we had created a new watch brand. Sorry!

Well, You have got to be truthful about these things. There are a lot of watch brands out there.

There are. The thing is, it is kind of funny because I could imagine being annoyed by some of these Alibaba watch resellers doing the U.S. fashion watch thing. I could see myself being annoyed with that. You guys, though, are making a brand with a new complication. There is no way I would not want to talk to you. So you do not need to be sorry. You should be proud of yourselves!

Well, I liked the edginess of your podcast, so I thought I should match you with a little bit of edginess with our introduction. But we are very honored that you recognize what we are trying to do here and, bring a little bit of something new and innovative to the watch business.

You guys are called SNGLRTY watches. So if you take the singularity of a black hole and then delete all of the vowels, that is how you search it on Google. This is what it looks like; it has a circular case with slightly curved, slightly fancy lugs. The hours on the outside and then it has a counter-clockwise running minute track on the inside. That is like a date wheel, but it runs counter-clockwise, and it rotates once every hour. Thus, there is only a single hand and it points to both the hours and the minutes simultaneously.  This is achieved because the minutes are moving through the center of the hour hand. Then in the center, there is a small sub-second style seconds counter. That is it. It is a single-hand way of seeing the hours and the minutes at the same time.

When I was thinking about it, my first thought was that the minute track moves 360 degrees every hour, or it moves 60 minutes of distance, but that is not true.

It moves 55 minutes of distance in one hour because the hour hand is moving the other five minutes. Right?

Yes. You have got it.

So you guys have a unique gear ratio to accomplish that, which I appreciate.

If we take a step back, the whole idea came from the display of time. Daniel and I had been working together on another watch project. Part of that challenge was we were trying to come up with something new and innovative. We were looking to do a watch. Something kept holding us back from doing it.  Each idea we had was just a variation on a theme, and we saw a vast number of watch brands out there like that.

As all good stories seem to have a bar and a bottle of wine in it somewhere, we were in a bar with maybe too many bottles of wine one night. We were talking about watches; now, my background is not in watches. I have come up the learning curve quite quickly over the last few years. I studied engineering at university and I do like the mechanical aspects of watches and really anything mechanical.

In the bar that evening, Daniel talked me through the watch movement; it became apparent that it breaks down into key units. It is a beautiful micro mechanical solution to keeping time, but it is very similar to a car propulsion system. You have a power source, an engine, and then a gearbox. That is pretty much how a watch breaks down too.

We had zeroed in on that gearbox, and in my mind, I had a sudden thought. I have no idea why this came to my head at the time.  That thought was what would happen if we put a reverse gear in a watch? What could be sent backward that could make some sense?

That was the genesis of SNGLRTY. I suddenly realized that if the minutes move backward, we can accurately display the time at a single point on the watch face.

We wanted to try and create something new for the best part of perhaps eighteen months or more.  The ideas had been bouncing back and forth for quite some time. When it came down to it, the idea of how we presented time was the catalyst that resulted in SNGLRTY.

Steve was looking to align the time. He was looking at an almost digital way to show time, aligned on one plane – but with an analog movement. At the time I said that it was a bit of a challenge to achieve that.  Finally, we managed to achieve it by displaying the minutes in the opening of the hour hand as the hour hand indicates the hour.

The result is that we were able to make a patented single-hand watch that indicates the minutes precisely. It is not up to you to guess the exact minute; the exact minute is displayed with the same hand, the hour hand. It aligns time.

Some people think that really great ideas need to be complicated. This one, when you really think about how it is done, it is so simple, but it is also so genius. That is how really good things are made. Very simplistic changes that are profound – if that makes sense?

Simple Does Not Mean Easy

Yes, I absolutely agree with you. You know, it is so simple on the one hand that people always think, “Yeah, I have seen that already.” That was also my first reaction. I thought someone must have done this already. Then we checked. We really checked. I went to a movement manufacturers. I went to engineers here in Switzerland. They all said the same thing initially, that has been done.  Most of them believed that Breguet first did it.

Then they would look through some books for an example. Eventually, they would return to admit, no, actually it has not been done.  The SNGLRTY movement was different from what they were thinking of. We were not able to find anything the same.

There are a lot of single-handed watches out there.  The issue is that the minutes are always a guess because each minute is indicated in a twelfth of the space. To put it another way, you have to read 60 minutes in 15 degrees, which is not easy.

There are also disc watches where the hours and the minutes are indicated on the disc. Here there is no rotation or no hand rotating. The time is consistently aligned at a single point, perhaps at three o’clock.  This makes reading the time more complicated.

We wanted to keep a key recognizable element of the classic watch – the hour hand. When I look at my watch, the hour hand is approximatively the time. For example, I can see it is a little bit after five o’clock here in Switzerland. With the SNGLRTY hand, you can then see the minute.

That is what makes it different. It is simple, but not easy to do.

As I like to say, simple does not necessarily equal easy.

When we got over our hangovers the next day, and started to really talk. We realized that we potentially had something. But that road from idea to prototype was challenging to say the least. Along that road, we also received a patent for the display.

Make Sure You Are Up To Date With Everything In The World Of SNGLRTY.  Watch News, Education, and Building A New Watch To See Time Differently

In Part Two of this serialization of the Crystal Clear Watchmakers Podcast Luc is delving into the patent application process with Daniel and myself.  Then Daniel takes us on a journey through his early education in the watchmaking world.  We find out how important a tenth of a millimeter is in a watch design and discuss bandwidths.

Sign up to our newsletter above to make sure you do not miss the next installment. 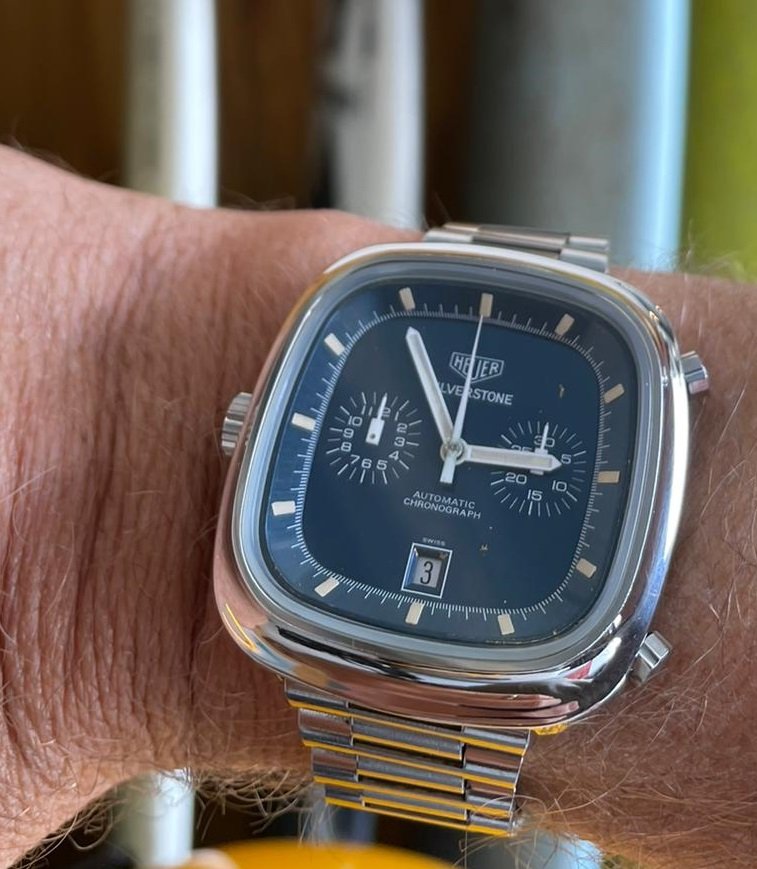 Buying A Vintage Watch At Auction – What You Need To Know 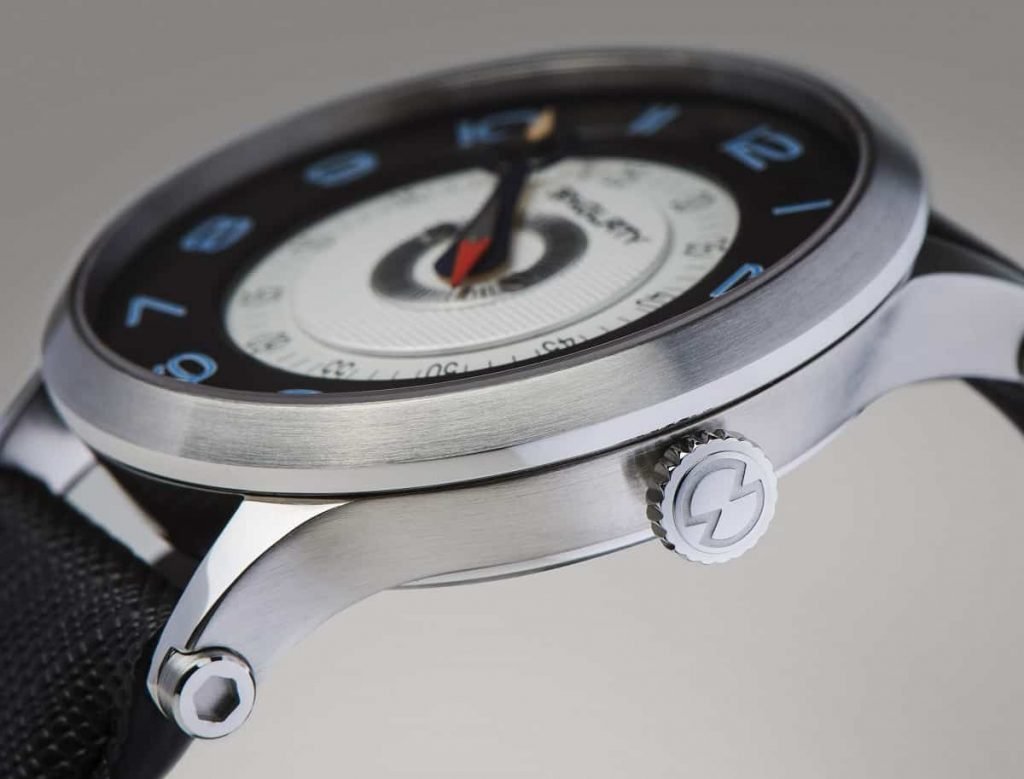 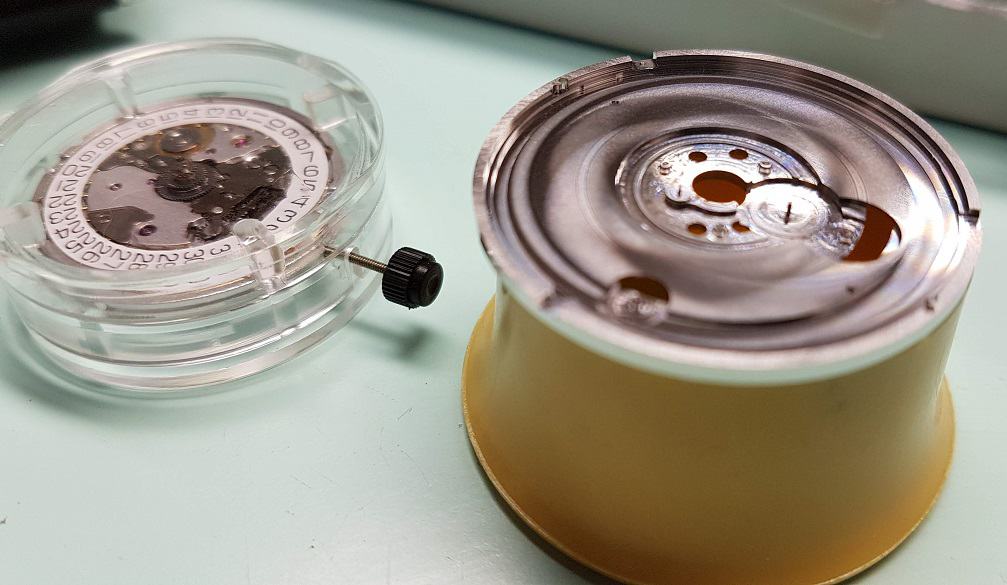 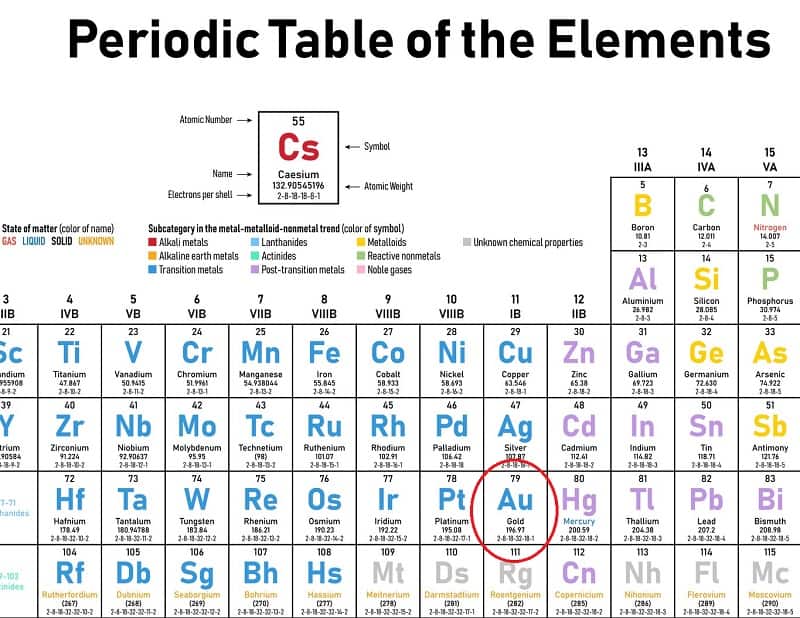 Your Best Defense Against The Marketers? – Knowledge 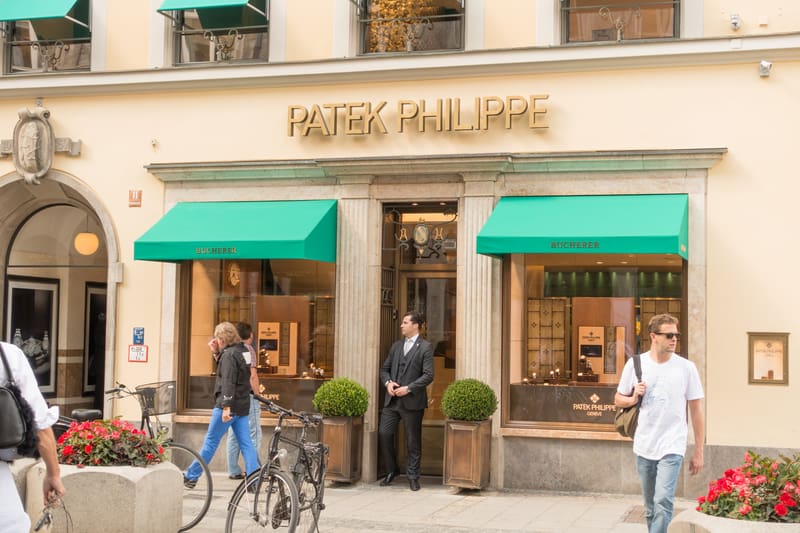 How Should You Avoid Counterfeit Watches In Your Collection? 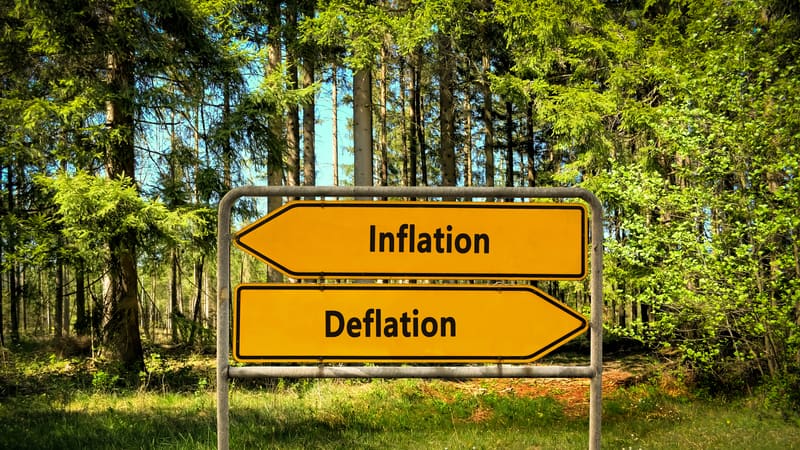 Inflation & Deflation, Clockwise & Counterclockwise – Its How We See Time Differently 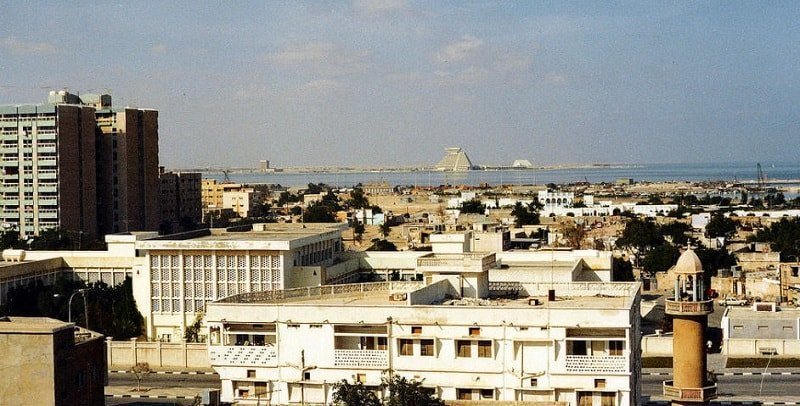 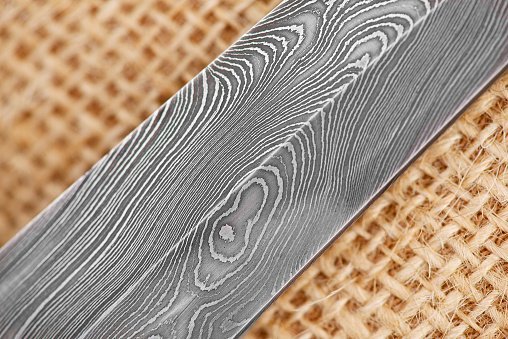 Damascus Steel- What Does It Have To Do With Watches? 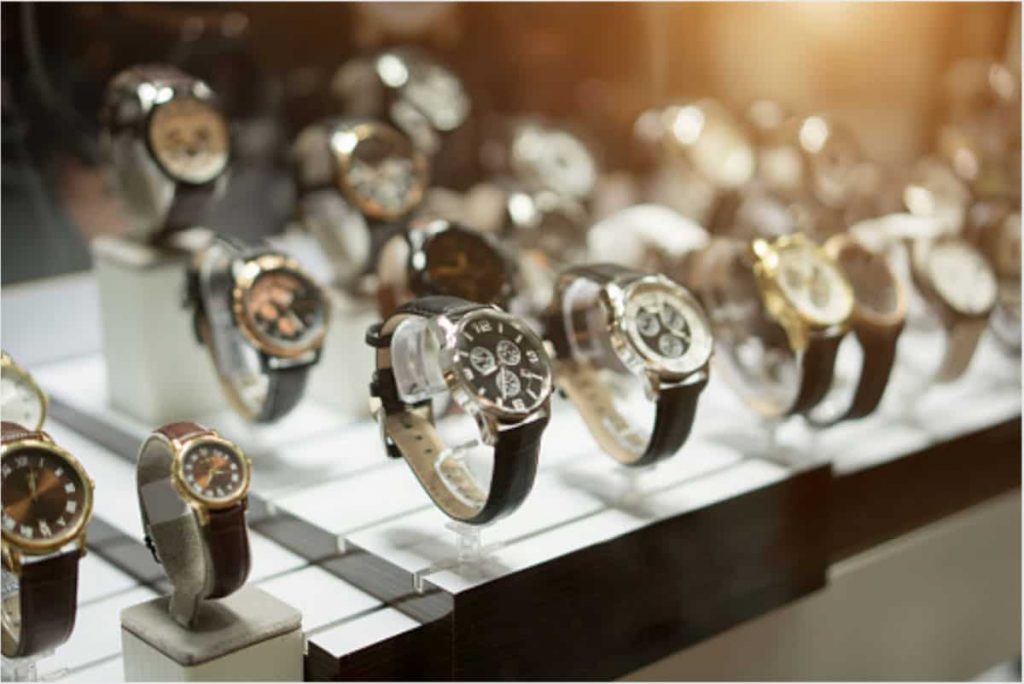 Why Do Luxury Watches Sell At Huge Premiums To Retail? 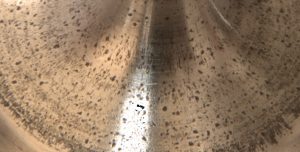 There is nothing more frustrating than seeing little pits starting... 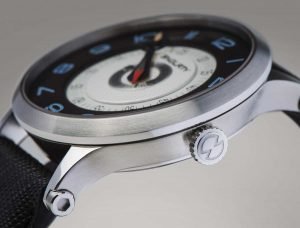 Daniel and I were honored to be invited on to... 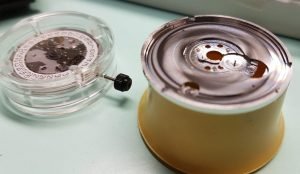 Movement modules and ebauches were the furthest things on my... 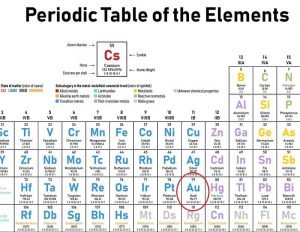 Your Best Defense Against The Marketers? – Knowledge I have...

Buying A Vintage Watch At Auction – What You Need To Know

Buying a vintage watch at auction is fraught with pitfalls.  The first challenge is to work out

There is nothing more frustrating than seeing little pits starting to appear on your watch.  Thankfully it