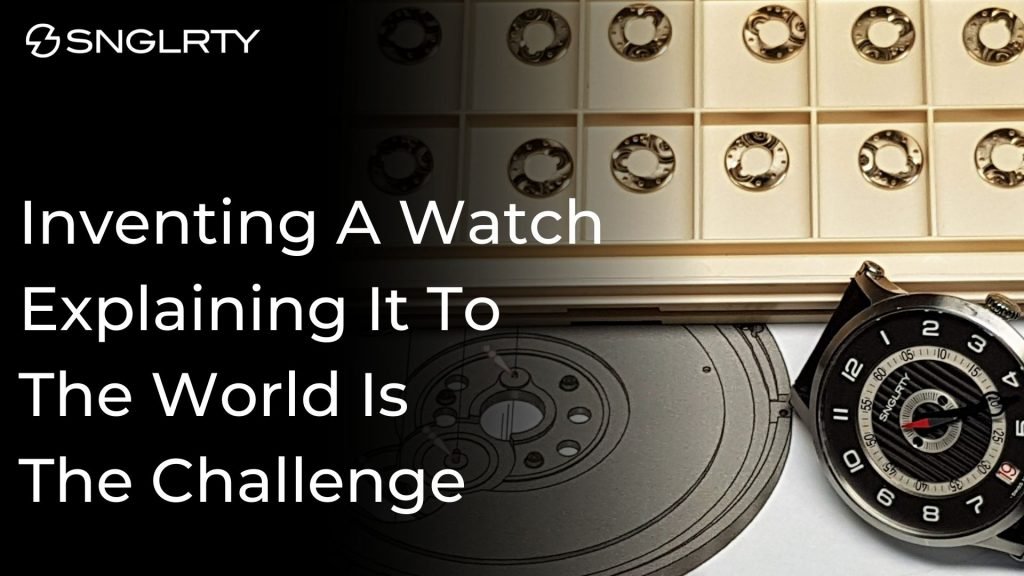 And We Thought Inventing A Watch Was Hard

Feedback Is the Key

A few months ago, I wrote a blog post about a conversation with one of our early backers. This particular owner had been so taken by our new watch that he did not just buy one watch, he bought two – one for himself and one for his father! It was beneficial for us to understand what SNGLRTY meant to him and why he had backed us in our original crowdfunding campaign.

What happened last week was a reinforcement of what our customer had told us. We had not learned the lesson well enough. So what happened?

Taking the Word To The Street

You may have noticed that we are slowly collecting some reviews on SNGLRTY. These have been very positive in general and there seems to be a rhythm to the process. We send a watch to the reviewer and then arrange a call. During the call, we will usually discuss the details of SNGLRTY, chat about how we developed the idea and why we created a watch.

After the introduction, we generally dive into the engineering details, how we created the complication plate, and precisely what the complication plate does. Why do we have each watch assembled individually? This inevitably leads to a discussion around the flexibility this affords the customer and the customization available with SNGLRTY at a very reasonable price.

Daniel and I thought we had become well-practiced at this and covered the points well and in an understandable way. I thought we were getting quite good at it.  The reviews were improving over time. Not that the early reviewers were doing a poor job, we were better at providing each reviewer with more relevant information in a more manageable format.

Complacency Is A Killer

That was all shattered about two weeks ago.

A review was arranged with a gentleman with a stellar reputation as a reviewer who is also a skilled photographer.  With such an excellent reputation, Daniel and I thought it was in our best interest to make an extra effort, so we decided to send him two watches, one OHI2, and one OHI4, to make a comparison.

Off the watches went, and a few emails back and forth. The message came through that the filming was complete, and he was going through our website for some data.  I was comfortable with this believing our website to be reasonably comprehensive, a good source that covered all the main points of SNGLRTY.

Just A Quick Catch Up Call

A few days later, we had a call. The conversation covered many elements of SNGLRTY, predominantly how Daniel and I came up with the idea but also where we have the watches assembled, and how we manage the process.  There was also a period where we spoke about the price of the watch.

That part of the conversation started by the reviewer explaining that he did not understand why SNGLRTY was so expensive when it had a very standard movement.  I explained that we had to create our movement; this complication had never been achieved before. The tractor movement was selected from a well-established company in the market, and we had added a bespoke complication plate to create the OHI movement.

Everything seemed great, he indicated the review would be out in a few days, and sure enough, it arrived about four days later. I jumped onto YouTube and started watching.  It started great, and the filming was fantastic; the commentary was clear, thoughtful, and informative.  This was going to live up to all my expectations and more.

Then, about 7 minutes into the review, he gets to talking about price. And it was not good.  The segment starts with him saying that he feels it is too expensive.  He understands that there are lots of options and customization, but still, it was too expensive.

The review continued in this vein until to the end.  By that point I was pretty deflated, to put it mildly.  And to rub salt into the wounds, the review went on to repeat, on more than two further occasions, that he felt SNGLRTY was very expensive for a watch with a “standard movement.”

But is he right?  Is SNGLRTY just too expensive?  Should we just be consigned to “Nice watch, just too expensive?”  It took a few days for me to lick my wounds and go back to watch the review again.  This time I wanted to watch it with no emotion.  I tried to listen dispassionately and dissect what the objection was.

Two more times I watches the review, and still, I had no more insight.  With nothing better to do, I thought I would scroll through the comments.  That is always good for the soul! All the comments were about the price.  What was it about the price? I do not know of any other watch with a one-of-a-kind watch movement assembled to each customer’s specification in our price range. I was missing something.

Here is the Nugget I Needed

“I like the watch and checked out their website, but that is a ridiculous price for a standard Sellita powered watch.”

After my initial frustration, talking to my screen, “but it is not a standard Sellita powered watch,” I thought I better go and confirm what we say about our movement on the website.

So I started at the beginning on the landing page.  I read through it very carefully, and to my chagrin, there was not a word about our world-first watch movement—the watch movement with a reverse gear in it.  Next to the page on our watches, there was nothing there either.  I finally found a brief reference to the movement on the product specification page, but it was way down the bottom and was almost a side note to details of the tractor movement.

Egg On My Face

I wanted to scream!

We had spent so much time working on our website, trying to craft the correct message.  Bring as much understanding to everyone who visits our website about SNGLRTY.  We were failing. It was not the reviewer’s fault that he got stuck on the price.  Those who commented on the watches were only focused on the price because that is all we gave them. It was our fault because we barely explained the most critical aspects of SNGLRTY to our audience on the website, the movement.

Now To Fix The Problem

We are now working as quickly as possible to improve the situation.  I hope to have created a beautiful explanation of this world-first watch movement over the next few weeks.  By highlighting this, I hope those who write us off because of the price will appreciate that we do not have a standard watch movement; it is a bespoke movement for SNGLRTY.

I am frustrated that we had missed such an obvious point, and I want to understand why that happened.  What was it that after five years working on SNGLRTY, when we came to put the details of our website together, we failed to explain the essential aspect of SNGLRTY to our customers? 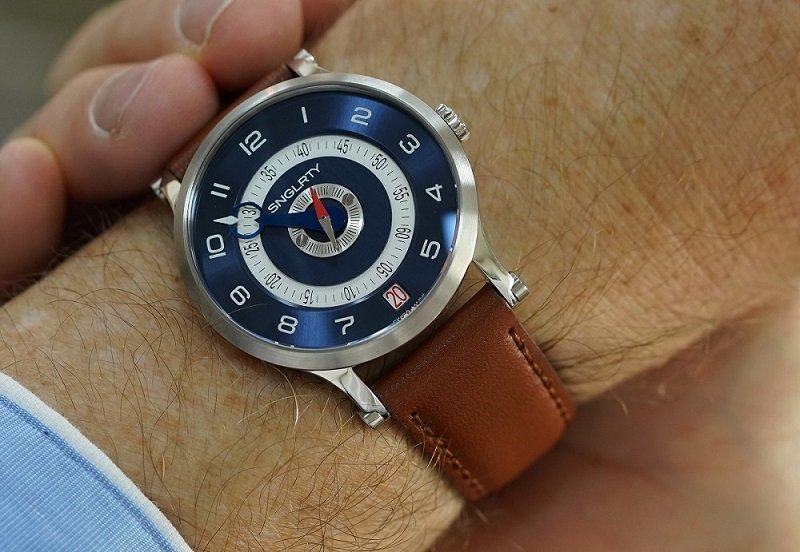 Can You Help Us?

I am still struggling to understand how we made such an oversight. The only explanation I have is that we were so engrossed in the details, we missed the big picture.  The key is I do not want this to happen again.

We need to improve how we explain SNGLRTY in more detail so that people can appreciate it.  On a cursory glance, many believe it is just a single-handed watch.  It takes time and engagement to realize it hides exceptional accuracy for a single-handed watch and a one-of-a-kind movement.

The question haunts me now, what else have we missed?  What other aspect of SNGLRTY have we failed to explain so that it is easily understood?  If you have made it this far in this blog post, you must like what we do.  Perhaps you have noticed something you appreciate about SNGLRTY that we are not highlighting particularly well, or even at all?  If that is the case, please comment below and let us know how we can improve.

Read More →
PrevPreviousSNGLRTY Prototypes – Where Are They? And Oversized Dates
NextGearbox, Watch Movements, and Reverse GearsNext