Forget the past. Forget the future. The only thing we have is now.

Does your watch present time as you want to live life?
Aware of every single moment.
Moments accumulating, your story unfolding.
Create your watch, write your story.

How The Watch Works

Watches tell the time, but how valuable is that?  Measuring how you advance through life is functional, but is that what you really want? Making the most of your time, maximizing every opportunity, mastering your time, is the goal. That is how you see time with SNGLRTY.

Time is displayed at a singular, moving, location on the watch face. A metaphor for the way you write the story of your life.  Unique, idiosyncratic and above all to be celebrated. For a life this rich you require a watch that reflects your ethos and individuality:  SNGLRTY

SNGLRTY Is About The Opportunity Of Time

Minutes and hours traveling in opposing directions; colliding. Time is now presented as we experience life. You cannot change the past, you cannot predict the future but you can seize the moment.

Where the chaos of the future collides with the understanding of the past is where the opportunity lies, in the instance of now. We frame that moment with the patented SNGLRTY time display. Now each time you read the time you are reminded to live life, it is not about measuring time.

A Watch Worthy Of Your Story

SNGLRTY is the creation of Stephen Mansfield and Daniel Blunschi. They were fed up with watches all being the same. The challenge they set themselves was to create a watch that was different, like nothing seen before.

After years of discussions and false starts, they rose to the challenge. Within a few minutes, inspired by basic mechanics, their idea was scribbled on the back of a beer mat. Their invention was not a new watch; they had created a new way to see time.

It was so new that they were awarded a patent for their invention. With a new way to present time, a new movement had to be developed. Engineered, manufactured, and assembled in Switzerland, their movement is a world first. A movement that is only available from SNGLRTY. 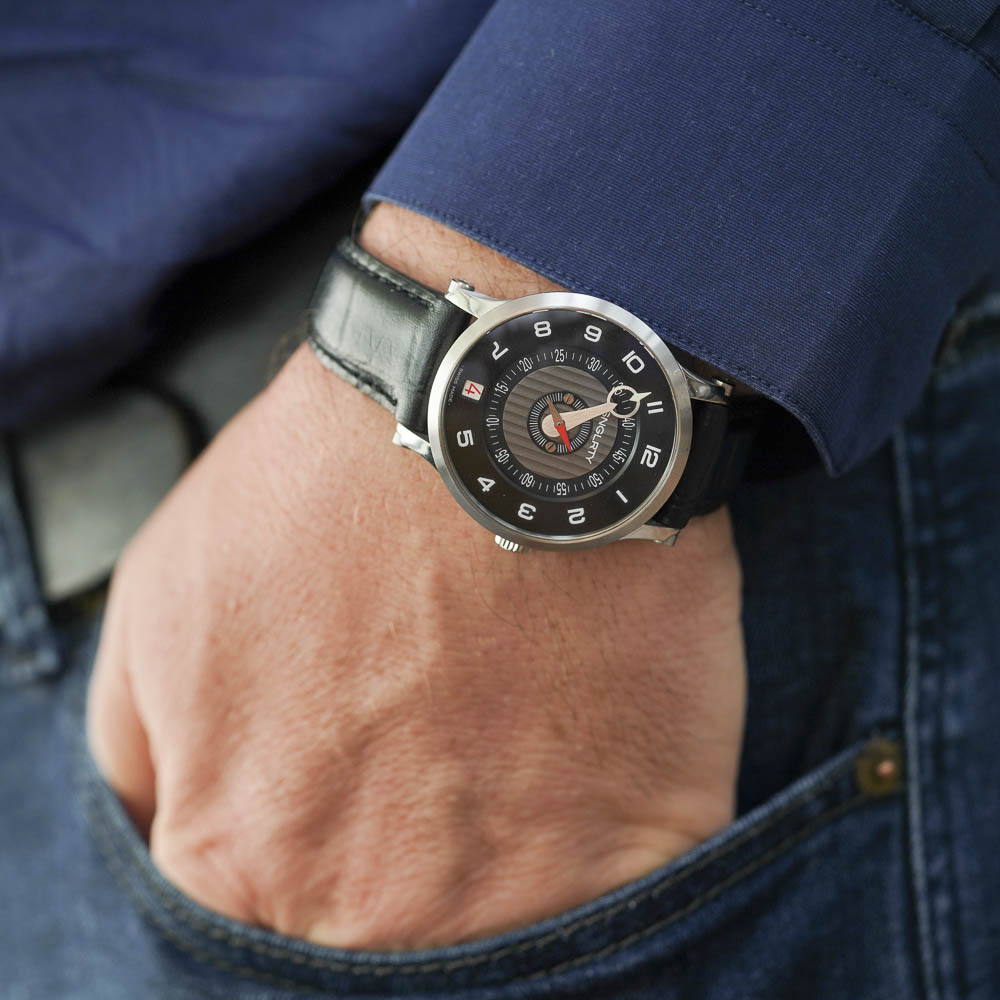 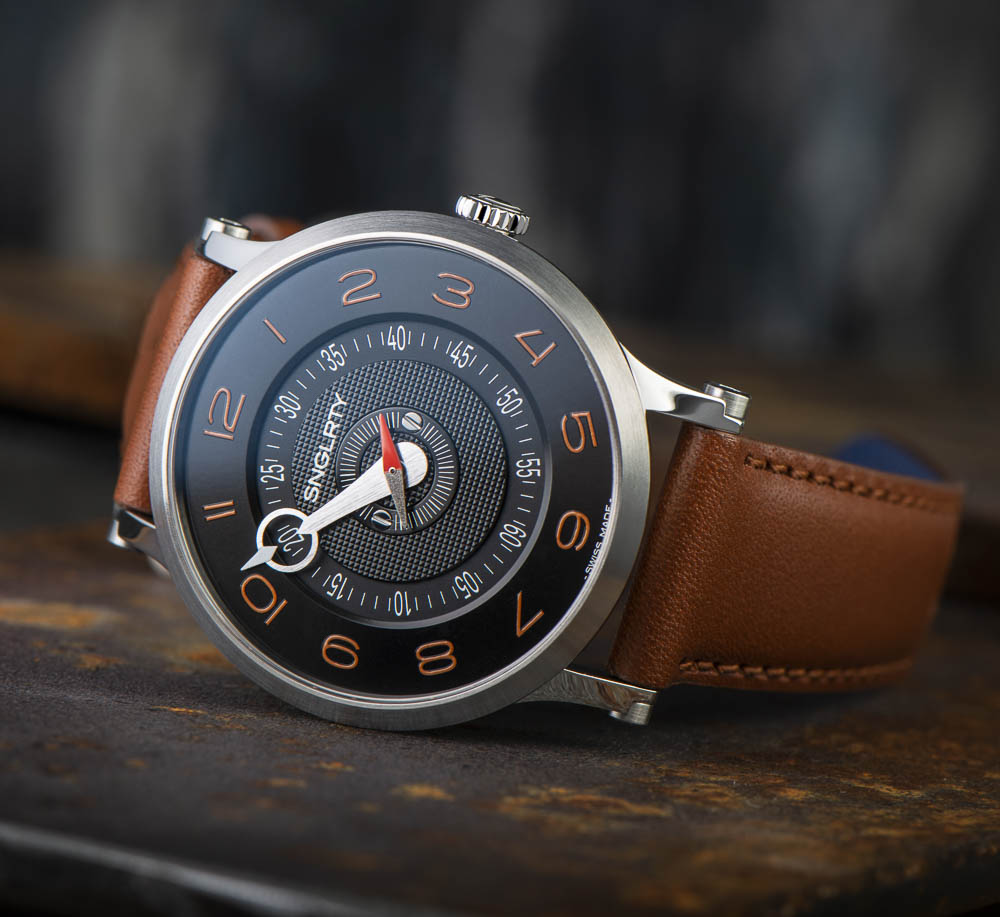 Time as A Gateway to Opportunity

Every moment of your life is an opportunity. Every moment is your gateway to infinite possibility. It is the decisions in each instance of these instances that accumulate to write the story of your life.

The watch on your wrist needs to be as unique as the story that you are writing. This is why we will only make your watch once you have created it from the thousands of possibilities that are available to you. Your talisman to keep you living life, not just keeping time.

Over 30 years of experience creating watches for some of the finest Swiss watch brands, Daniel Blunschi led an uncompromising team to create a watch worthy of your wrist. Every single piece of the movements is manufactured and assembled in Switzerland.

This uncompromising approach continued to the watch case that boasts water resistance to 10 Atmosphere (100m), plus sapphire crystal with seven layers of anti-reflective coating on both sides. A crystal clear view regardless of the light conditions.

Whatever your story, your SNGLRTY watch will be your companion to accompany you on your journey, a beacon of where you are in life, rather than merely measuring time passing you by. 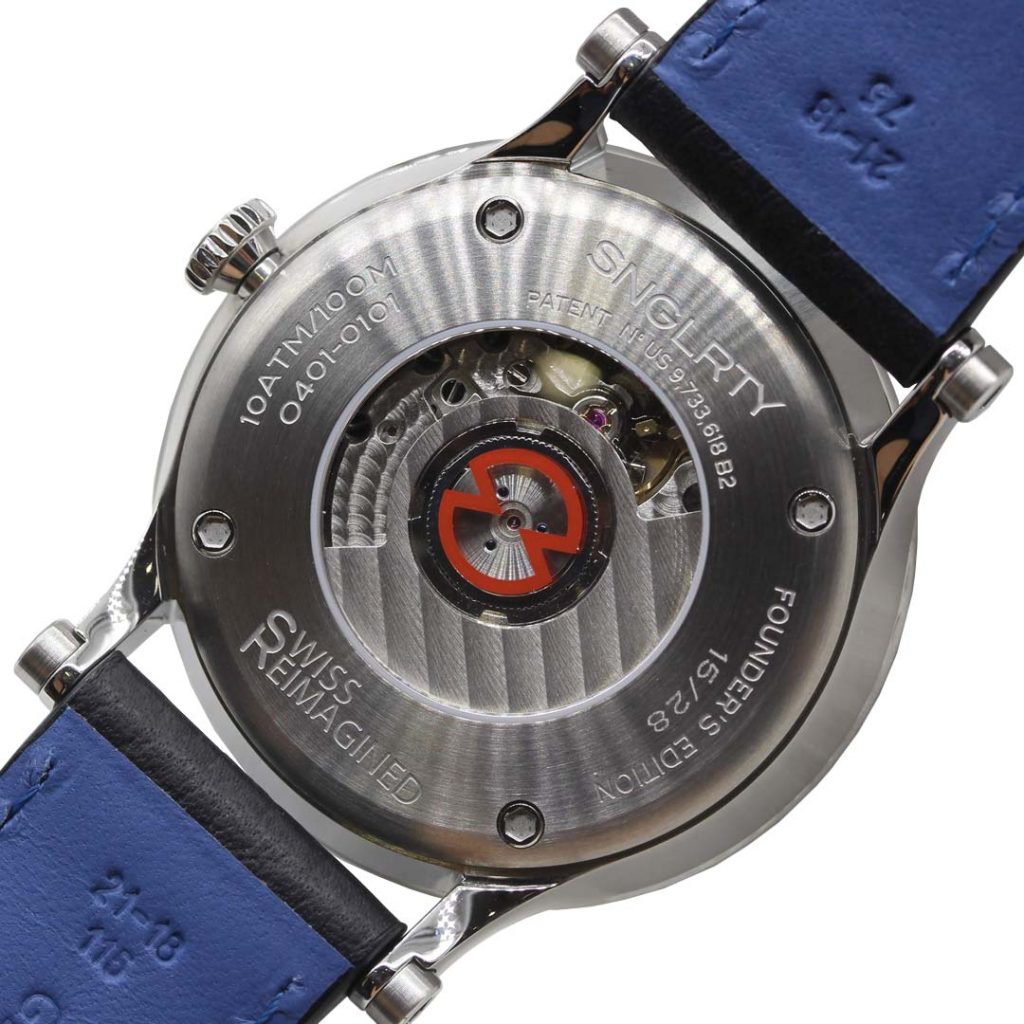 Find the best preconfigured watch that represents your individuality or customize your own in our configurator.
View Collection

(Translated) "The watch is extremely high quality and noble. A must for every lover of extravagant things." 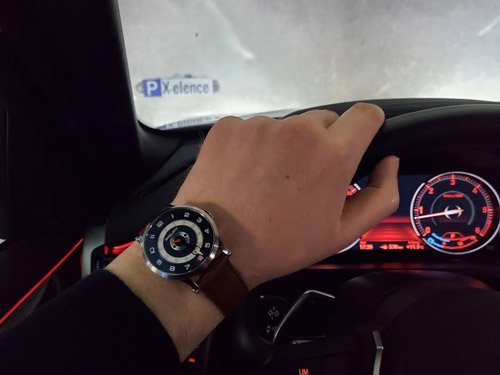 Boris P.Verified Buyer
"I recevied my SNGLRTY watch as a gift from my husband. I have to admit I never heard of SNGLRY before and I was hoping for a name brand watch but I immediately fell in love with my new watch. What i like about my SNGLRTY watch is that it is unique, bold, and fashionable. I love wearing it around town (Tokyo) knowing that no one else has anything like it." 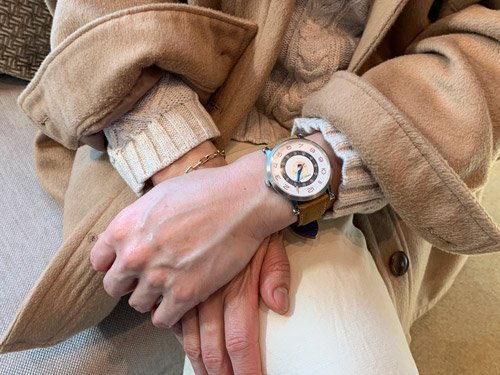 Hitomi H.Verified Buyer
"I love my custom-made SNGLRTY watch. It's the perfect addition for a night out, or a great sunset over the Hong Kong skyline. 5 stars from me!" 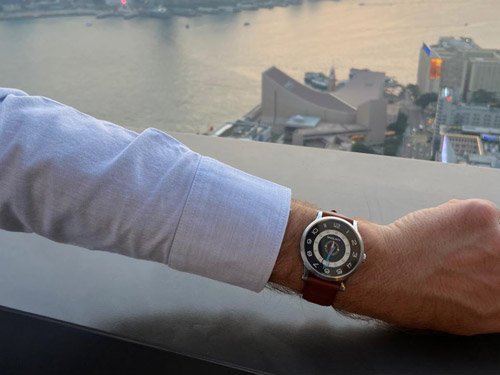 Eric S.Verified Buyer
(Translated) "A watch that is indispensable for commuting by bicycle every morning. The design is cool and the colors can be customized, so I chose a color that matches the blue bicycle GIOS. It is unique and has a different design and function from other watches, so it is eye-catching. During this time, an Italian client said nice watch!" 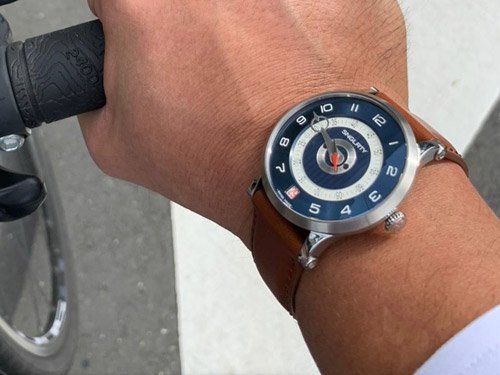 Tsuyoshi H.Verified Buyer
(Translated) "The best watch. First of all, be unique. There is no doubt that people will pay attention to it. It's unique yet fits into any fashion and doesn't overstate. Next, the structure is very unique. The hour and minute are displayed with one hand. This structure is related to the simplicity of the dial design. It's an unlikely watch! I wore it when I went to DisneySea the other day. It's light and the band feels great, so I felt good. Also, because the scenery of Disney and the clock matched very well. I have taken a lot of pictures of the clock and the background. It is a watch that I want to use more from now on." 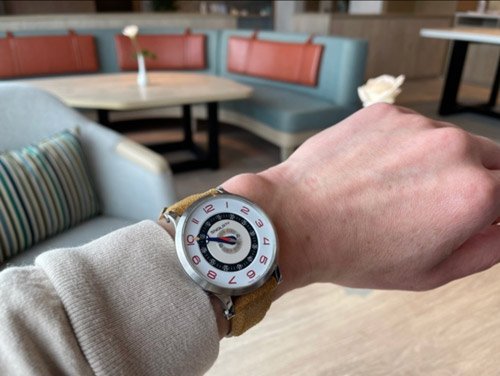 Masato H.Verified Buyer
In this "information overload" age I realised technology was dictating my time. I wanted to take back control of time, my time! When I first came across SNGLRTY, the concept really struck a chord with me. Seeing time differently, allowing me to focus my attention to the here and now. The One Hand Indicator concept propel me on my journey to take back time. It's unique, personal and is more than just a watch.