How Did SNGLRTY Register It’s Patent 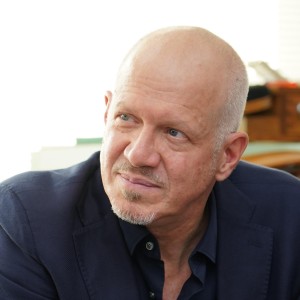 A while ago Daniel and Steve were being interviewed and they recalled the journey they went through in applying for the patent that SNGLRTY is based on.  Like all these things it was a journey of struggle but through determination they were ultimately successful.

Here Is The Story In Their Own Words:

It’s like everything we did. We just started off with an idea, where we wanted to get to and through, maybe, a little bit of stubbornness and bloody mindedness we got there.

But then, as far as the patent itself is concerned, you know it is a strange process when you look back and see the steps that we went through.

We had the idea scribbled on the back of the beer mat then we went away and spent probably two or three months actually doing our own research because for a while there, we thought, “Was it really new?” “Have we really achieved something that is groundbreaking and patent worthy?” The more and more work we did, it became more obvious to us that, yes, we had achieved something.

Get The Lawyers Involved

So, as soon as we realized that it was off to the patent attorneys. I can’t remember now but I think there were 28 close to 30 pages of applications that we submitted. It is a very exciting day when you submit your own idea to be patented.

It is  full of excitement, but equally trepidation because you don’t know what is going to come back and it is a long process.

I think it took us about nine to twelve months before we got the response. It was a pretty comprehensive rejection. It just returned rejected, and they cited lots of conflicts. I remember looking at it in the inbox of my email.

I printed out the letter we received and printed out all the conflicting patents that have been cited to show that what we had to put forward what was not new. I remember printing them out and I thought you know what I am not going to look at them. I’m just going to set them on the side of my desk.

They sat there for about a week or two, maybe even longer, because I was like, oh, we’ve spent so much time on this. We were already so emotionally invested in it, in what we were doing.

Time To Roll Up Our Sleeves

I think about two weeks later I thought OK, all right, I’m going to have to look at this. I picked up the letter and it was all in a very technical legal language and I read the letter once. I scratched my head and I was thinking to myself “Is this guy even talking about a single-handed display of time?” and, “What is this patent even examiner talking about?”

So I read the letter about three times and I scratched my head a little more and I thought to myself, “I do not think he really understands what our patent really does.”

Then I began to look at the conflicts he had cited and went through those in detail and there was no correlation except maybe there was some display of time and on a few of them there was one hand. Some of these patents were dated back over 200 years ago in some cases. I remember coming to an end of reading them all and I was thinking, “The patent examiner really does not understand what we have presented to him.” So the next day I had a call with our patent attorney and I had a chat with him and I said, “You know what? I read this rejection and I do not think the patent examiner really understands what we presented,” and thankfully our patent attorney agreed.

Time to Educate The Examiner

So we went on to make our case clear to them, to try and help them understand how it worked and this is why the different cases you have cited against us are not relevant.

I think it took us probably another six weeks to put that case together in detail. It is a very painstaking process. But again when we sent it in, it was all those emotions again, oh my goodness all those emotions all over again, here we go, we’re going to get it this time!

Then we sent it in and then we had to go through a few more process as we were looking at patents in other countries and looking at conflicts there and subsequent to that that application we we looked at some potential conflicts in Europe and a few in Japan. We provided all this additional information through the process.

I think about six months later we just got this one line letter that basically said. “Patent Application Granted.”

We had it amazing!

You can read the whole patent HERE 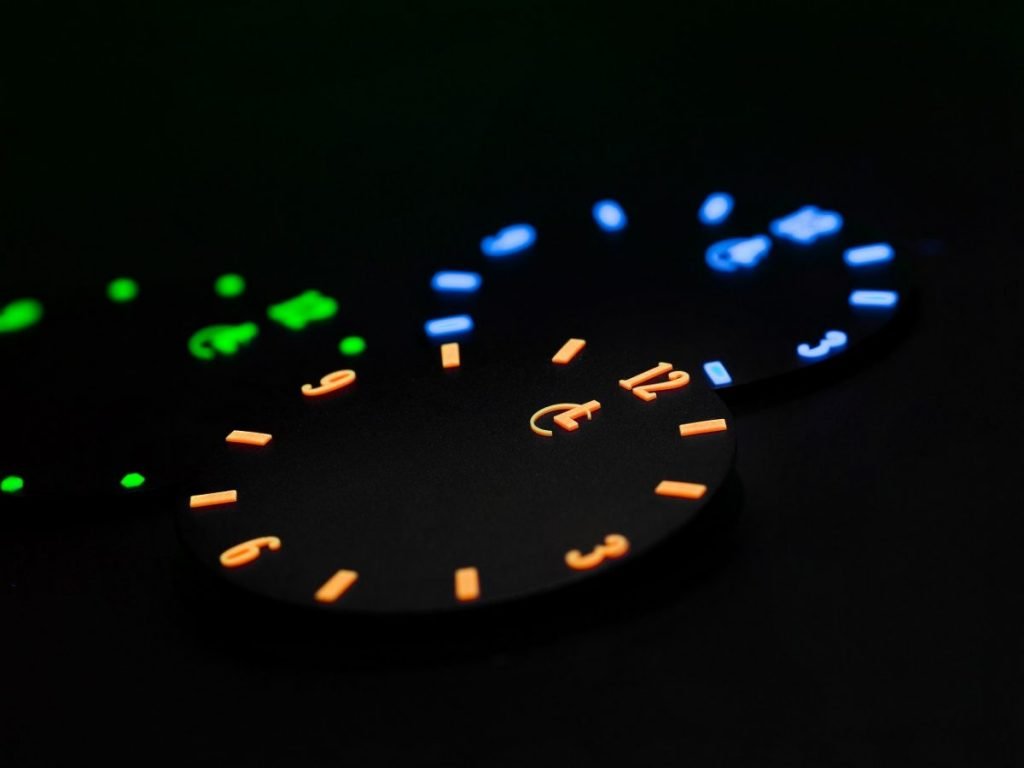 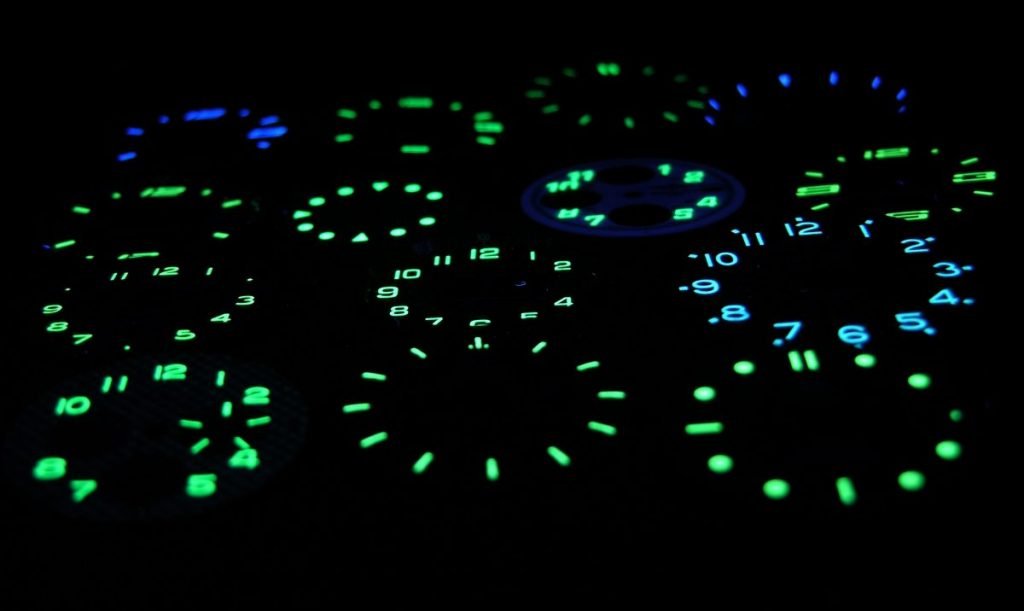 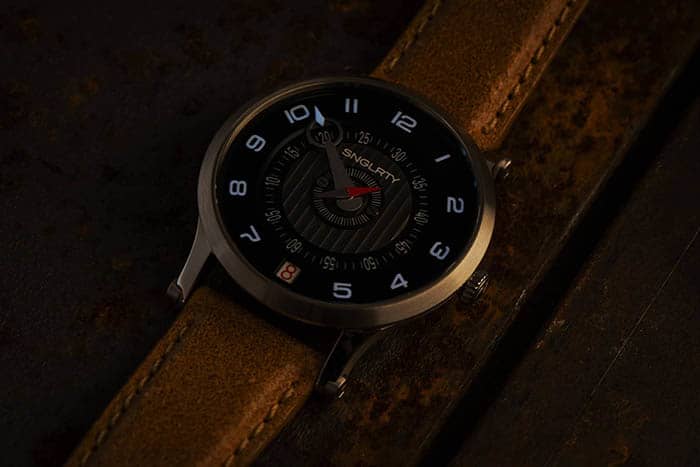 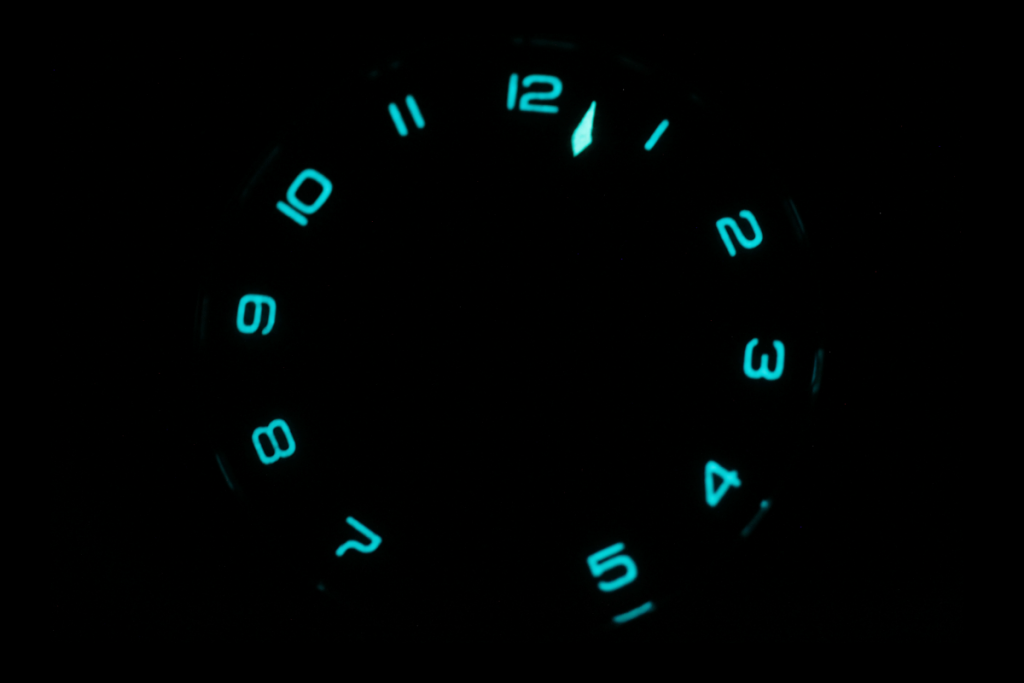 Swiss SuperLuminova Episode 3- How Does It Store & Release The Light? 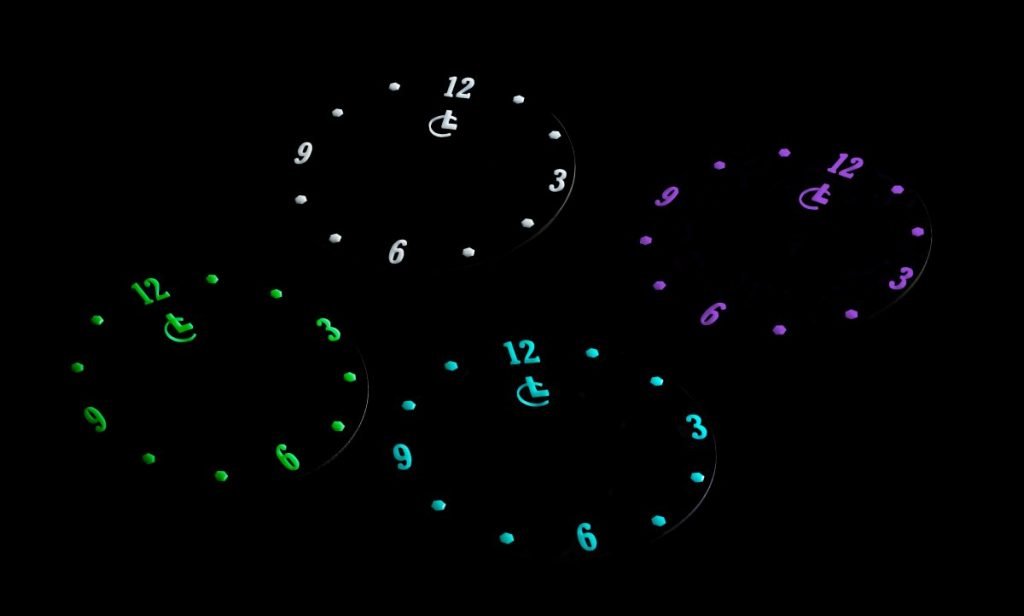 We are coming up on our second anniversary for our blog, and, as we did last year,

Watch auctions have been something I have written about a couple of times over the last year.

Forget the past. Forget the future. The only thing we have is now.
Configure your SNGLRTY >
PrevPreviousWhat Puts The Automatic In Automatic Watches?
NextWatch Crystals, Domed, Double Domed and Atomic StructureNext